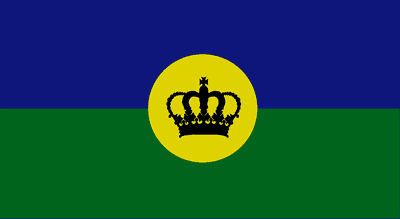 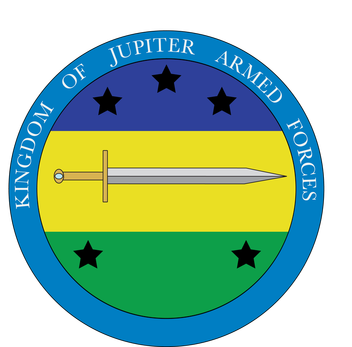 KOJAF is the military branch of the Kingdom. Our Military is run by the National Security Council (NSC). The NSC is mostly filled up with branches of the Department of War and Defence, the Ultimate Supreme General being the head of both.  The Department of war and defence is also called Kingdom of Jupiter Armed Forces and consists of the Jovian Army, Jovian Navy (run by the Army), National Guard of Jupiter, and the Office of Customs Enforcement. Other members of the National Security Council are the Intelligence and Recognizances Service, Internal Affairs Office, and Monachal Security Agency.

NOTE: The Military Policy passed by the National Policy Council in October 2017, one of the main goals of the military is expansion of reserves.
​
The Jovian Army and the Jovian Navy both are non-active reserves. The Jovian Army manages both the Army and Navy reserves for better resource management. In the case of war declared by the King, or declared on the Kingdom, the Senate may choose to authorize the use of some or all of reserve troops and supplies.